The imminent death of nightclubs: My2p 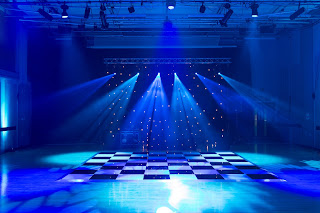 So the fact that nightclub are closing all over the show finally hit the headlines today, about 5 years after everyone involved in the industry knew that it was happening, and a myriad of reasons as to why it's happening have been put forth. Of the ones flying around, mostly from people who can't remember the last time they put their head in a club, for the biggest one is "because pubs can now stay open into the small hours". And, worryingly, they're right.

11pm till 11:30pm used to be the golden hours at many a club, when it went from all but a few dedicated clubbers (or, in a rock club, those who turned up for the "Shite Death & Thrash Hour") to rammed and buzzing. These days any set before midnight has a good chance of being thought of as a warm-up slot for the new guy, which says a lot about why people used to go out and makes you wonder how important the music ever actually was.  However there is a second reason that a lot of these folks are missing out on: a lot of pubs are now also nightclubs in and of themselves. Whilst not all of them have a dancefloor (though a growing number do), they will often have a nightclub grade sound-system and a some kind of DJ providing the tunes. So this isn't so much a change in consumer habits as it is in product availability for the portion of the market that liked expensive booze, deafening music, and shouted conversation.

Speaking of product availability, another big reason cited is that everyone is going off to festivals. "We can see all the DJs in one place over three days!" they say. This is true, but there is a silent "whilst off our tits on lashings and lashings of drugs!!" which isn't being spoken of. Whilst drugs in clubs are still available and consumed it has, in the majority of instances, become a more tricky proposition. Councils have been enforcing drug policies harder, which encourages clubs to do more monitoring and ejecting of people off theirs heads than before (plus there is a recession on, so a lot of clubs would rather you bought their booze than someone else's pills), especially at the smaller venues (which, often, the council are looking for an excuse to close down. More on that later). Add to this the outright prohibition on the countries' favorite illegal substance due to the smoking ban and it's a situation where the "true experience" can only be safely enjoyed in a field with 10,000 other people (though I'm not sure what's safe about being blitzed out of this world in a mudbath).

Next up you have people talking about the costs. Which is sensible, as nightclubs are bloody expensive to run. However the biggest issue isn't so much the running costs, it's the opportunity costs. Because, financially, nightclubs might as well be run on a foundation of burning money. No-one in their right mind would start a discussion with a bank manager by going "I want to hire a really large amount of floorspace but I only want to open it from when a lot of people are thinking about going to sleep till when people are either asleep or thinking about waking up. Oh, and I want it to be half full for most of the week and unusable during the day because of the smell that that many people dancing generates.". Obviously a number of venues get around this problem, using their sites during the day. But not everywhere has the ability to do that successfully, or without vast investment, and however you plan it there is going to be a "switch-over" time that is a financial deadzone when a lot of potential money is walking on by. On top of this is the amount of money that could be made from the venue (often in an attractive part of town, or somewhere cheap) by redevelopment (see Eddie's in Birmingham). Even if your venue isn't that tasty a prospect, it's presence can screw up developments in the area (Ministry of Sound is a prime example), or just piss off the neighbors a lot.

This is where the councils come in by the way, because they really don't like nightclubs at the moment. For whatever reason (pissed people making noise) they get way upset at nightclubs and are, according to some, "attacking the night-time economy". They aren't though, they are just attacking the part that has a whole load of people all leaving at the same time and in the same state (pissed and making noise). Late night pubs have more of a steady flow in and out, even if they have the same problems (making noise whilst pissed, seriously can folks not just learn not to yell or throw-up when leaving a venue?!), so they don't get so much trouble.

Another popular pundit choice is technology and The Internet! Specifically Tinder, the popular "dating" app. Personally I don't think that app alone makes that big a difference, however the technology issue is certainly an issue and dating apps/services as a whole will certainly have an impact. However the true story includes the increase of alternative digital distractions as a whole to going out on a Friday night, the growth of music distribution meaning you can now hear anything from any scene almost anywhere, and, quite importantly, the continued drop in the price of a sound system and lights. For five hundred quid / the price of a top of the range mobile phone you can have a mobile sound and lights rig, so why go out to a club when you can just setup at a friends house, a pub backroom, or somewhere out of town. It's not quite the resurgence of the 80's rave scene, but it's having it's impact on the traditional locations.

So, many, many reasons. And many, many club getting shut down. But is it a bad thing, beyond the loss of trade and jobs? Is it not just another phase in the ongoing changes that have been happening since the dawn of time? In many ways "yes", because nightclubs aren't going to die out as a whole and music nights are still going to be able to carry on in other locations. A lot of lazy venues, who didn't keep up with the trends, are going to be shut down or modified into late-pub style affairs (or even, horror of horrors, trendy bars! Which, as the high-street retail sector dies it's painful death, are going to be the phone-store and coffee-shop plague of the next decade),. It's part of the eternal cycle of popularity, the swing from one thing to another. The same happened with swing clubs and jazz hops and disco and even raves. Things just move on and change, and in this case they have changed because people who weren't that into the music side of the clubs have now got a whole raft of alternatives available to them. The market has changed, because it's quite possible the market was never actually there.

But, and this is a big but, it is sign of removal of a hell of a lot of small and medium sized venues (regardless of how good or well managed they may be) as the market switches to the Big and Super venues as being the only viable prospect in the bulk of places, and the death of those venues is another marker of the entrenchment of the Eternal Now, as niche scenes fail to have the chance to make it big. Micro-venues may continue to be the spawning grounds of new things, but without the small and middle sized places for them to grow and mature there is so much less hope of making it into the remaining big and super clubs (even on a Wednesday!). Small and medium sized venues are, for a number of folks, social nexus's where they could meet people from their same style tribes. Micro venues are often feared to be too cliquey, big or super ones too intimidating (or just too large for a scene to even consider being able to fill it).  With these going that facility is gone, and whilst we can pretend that we are a more accepting world it means that people in the more outsider and alternative style tribes can't go out as themselves.

On top of this distinct youth movements like we have seen over the last 60 years won't happen in or be centered around the music, they will be tried out at festivals and online - but I'm honestly worried they will either be too broad an appeal to actually be exciting, or too niche to ever get traction. Music might get picked up by the movements to come, but it won't be the driving force of it. I hope I'm wrong, I hope this is just my age kicking in and failing to get what the young are doing these days, but it's a further step towards a world that has a pop culture that, like the 50's, is dominated by the thirty-plus market (because they are the ones willing to pay for it).

So how do you stop this happening? Simple, you go out to a nightclub. All of this is happening because people aren't going out, so if you're worried or upset by it then the only act you can ever do to help is to go out (and tell your friends that you are going out, so they might come out with you). Keep an eye out for events you want to go to, consider hiring a venue and running an event if you don't find anything you like (trust me, there is going to be a final splurge of cheap hiring as the death knell rings), and if all else fails contact the venues and go 'I would go to something like X if it did Y' - because if things don't change, it's going to be a world of bars playing "Now that's what I call X-Factor 37", and I just don't want to leave that as a legacy for our children.
Posted by Unknown at 21:25

Night clubs are the best enjoyable place for office employees who are spend there whole day on office. Spend the night at a hottest dance club and enjoy the heart pulsing beats from DJs all over the globe favorites spots to play.

What a good blog you have here. Please update it more often. This topics is my interest. Thank you. . .
σφακιανακης γονιδης

Click HERE to enter the wider world of everything raggedyman.

If you make music, represent someone that makes music, or have just heard of some music that you want to share then please let me know, either on the blog or via blog @ raggedyman.net